On the evening of September 17, 2022, the “2022 Xing Wu Zen Temple Suxin Charity Dinner and “Zen Realm” Large-scale Original Stage Play” hosted by the Canadian Xing Wu Zen Temple was grandly held at the River Rock Theatre in Richmond, Canada. More than 300 people from all walks of life, virtuous people, and friends attended the event. This is the first charity fundraising event of Xing Wu Zen Temple since it was officially certified as a charity organization on February 10, 2022.

Shi Xing Wu said in his speech: Good evening everyone! I am Master Shi Xing Wu. First of all, I would like to welcome all the distinguished guests. I would like to thank all the great bodhisattvas who supported the “Suxin Charity Dinner and the large-scale original stage play [Zen Realm] at Xing Wu Zen Temple in Canada. Generous donation! Special thanks to the more than 160 actors who participated in the performance tonight, every instructor, every staff member in front and behind the stage, and every volunteer, thank you for your selfless dedication and pursuit of art, I wish you all Have a great night! Amitabha

Master Shi Xing Wu presented them with a charity ambassador trophy and a prayer belt.

The large-scale original stage play “Zen Realm” was created by Master Shi Xing Wu and his team for more than 5 months. After continuous communication and repeated discussions, countless rehearsals, and ingenious arrangements for each program And design, the lineup of super-large actors, the super-strong production team, and the professional, dedicated, and super-high-level wonderful performances of each actor, were able to present such an unparalleled and wonderful production stage play. A performance of the highest level in the Vancouver area.

“Zen Realm” mainly expresses the pursuit of a realm based on Buddha bowl, enlightenment of the world with Zen, self-cultivation with martial arts, beauty with dance, symbiosis of martial arts and dance, wide formation of good karma, compassion and joy, and a perfect combination of Zen realm and traditional culture. Art, combined with Chinese Kung Fu martial arts, brought the audience a wonderful visual feast, spiritual cleansing, and meditation on the tip of the tongue. The play contains profound philosophical thinking, and also endows the Zen realm with insight, leaving the audience to comprehend and find answers by themselves.

Here, I would like to express my heartfelt thanks to all the volunteer actors and instructors who participated in “Zen Realm”, as well as the production team teachers, every staff member, and every volunteer in front of and behind the stage!

As the saying goes: One minute on the stage and ten years of work off the stage is due to everyone’s professionalism, dedication and sincere pursuit of art. Every program of the “Zen Realm” stage play has left a beautiful and profound impression on the audience. The mark, perfect and successful ending!

The last part of the party was the charity auction. Bona Art Gallery of Canada donated 10 art collections related to Buddhist themes for free. No additional commission was charged for this auction. All donate to Xing Wu Zen Temple for the construction of temple.

The building of Xing Wu Zen Temple in Canada is a meritorious undertaking that will benefit thousands of years, building a monastery and promoting Buddhism. We need the support of all walks of life, and the compassionate donations of the great bodhisattvas, so that we can work together to bring the traditional Chinese culture and Chinese Mahayana Buddhism to life in Canada, and leave a cultural symbol for future generations. Amitabha! 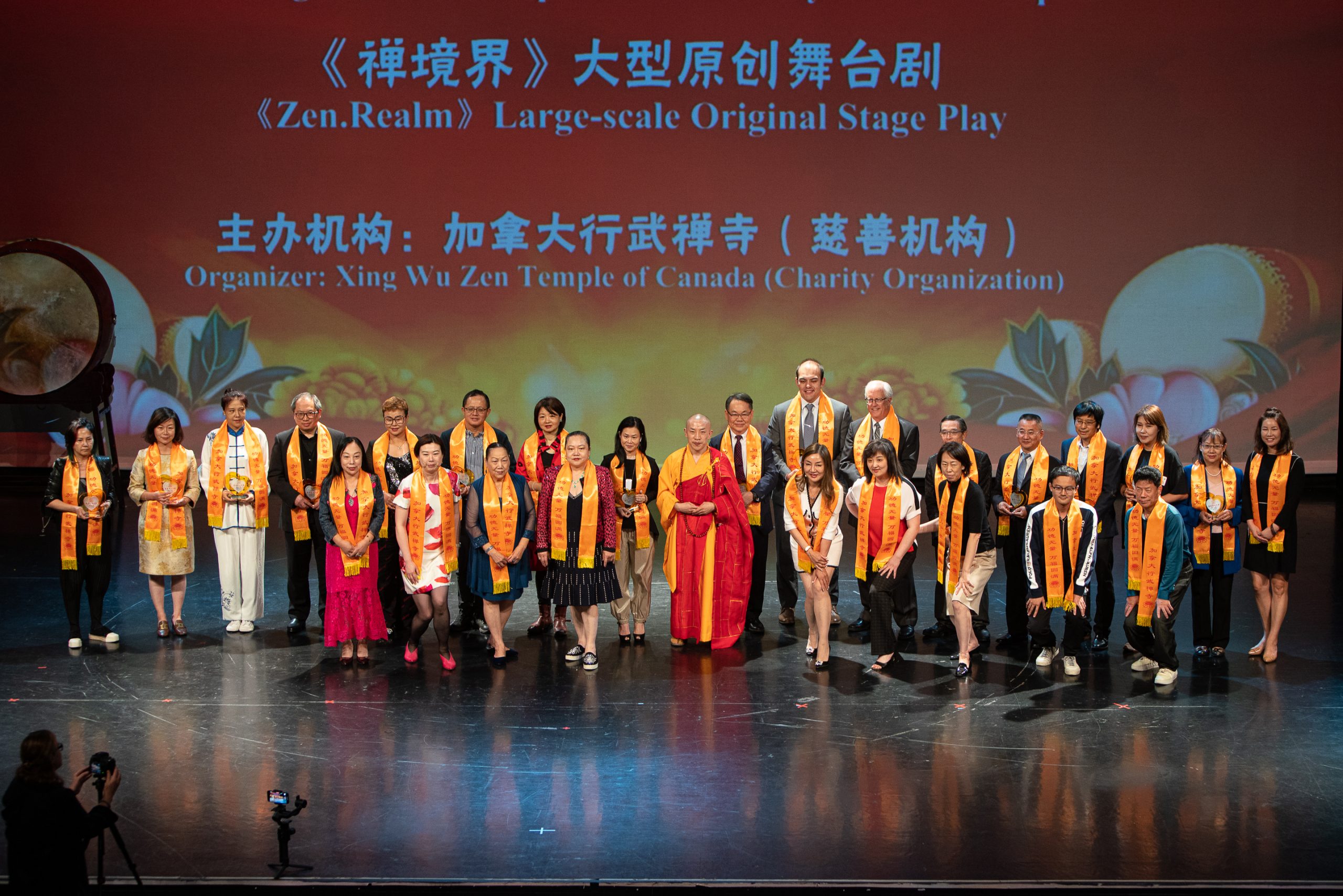 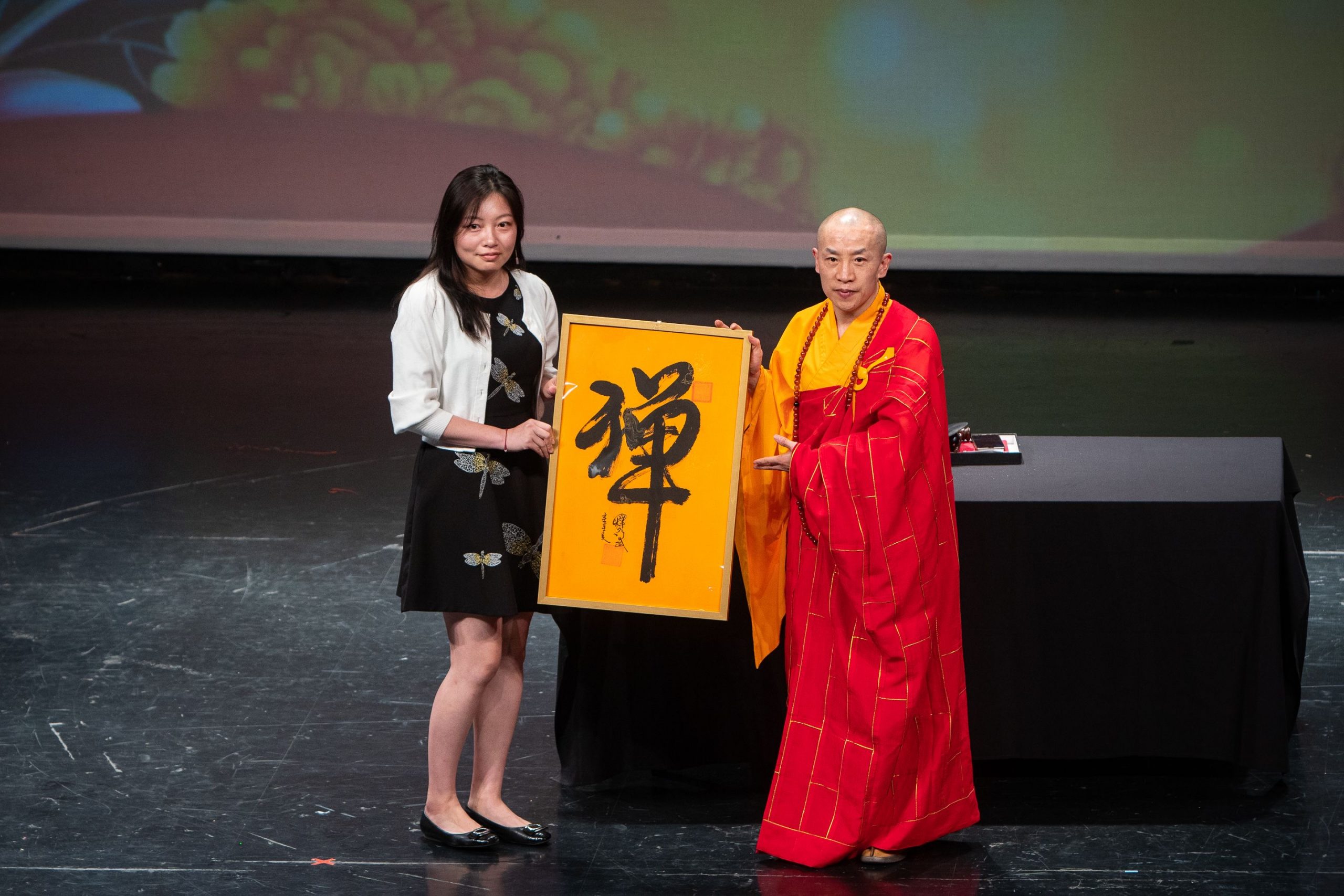 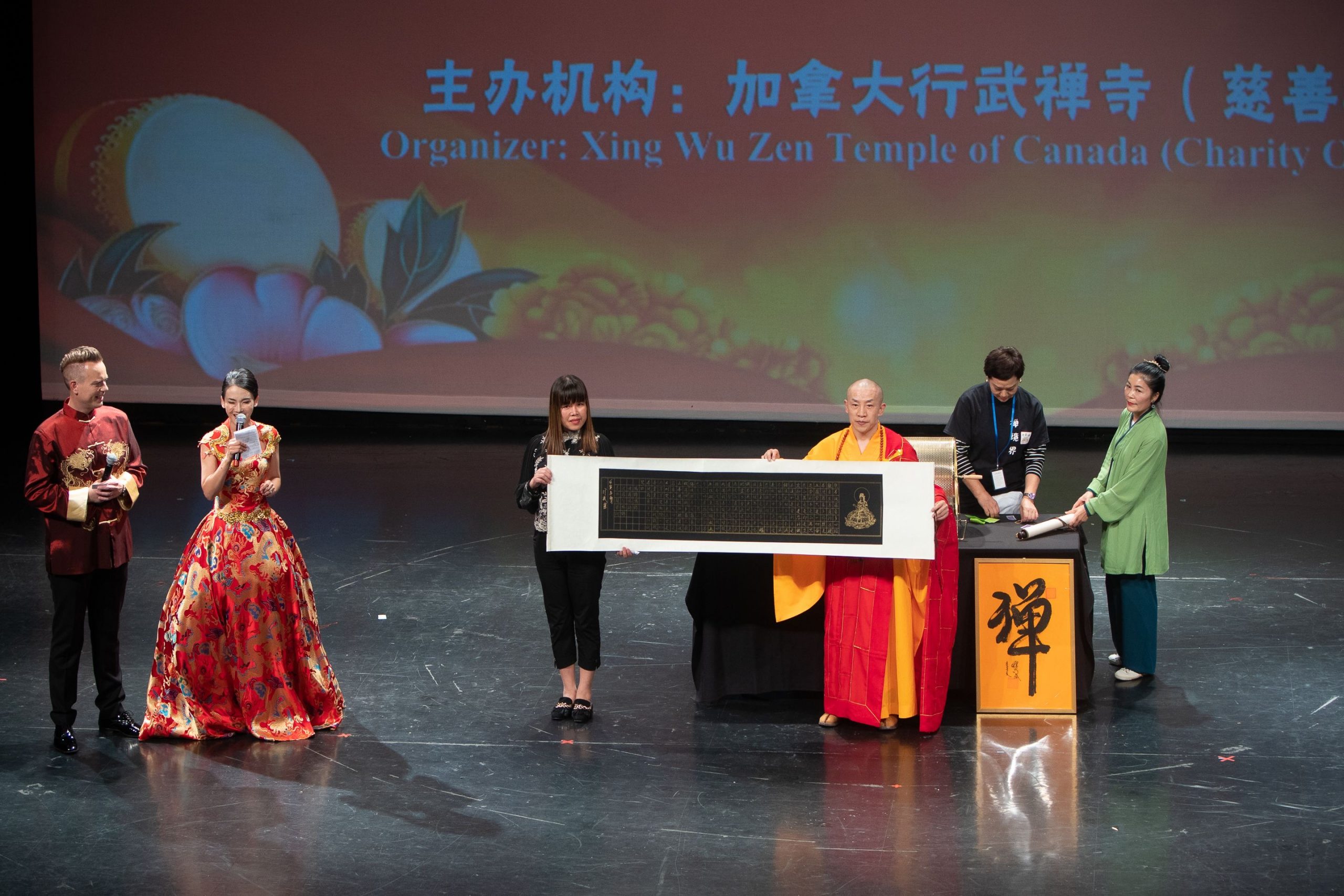 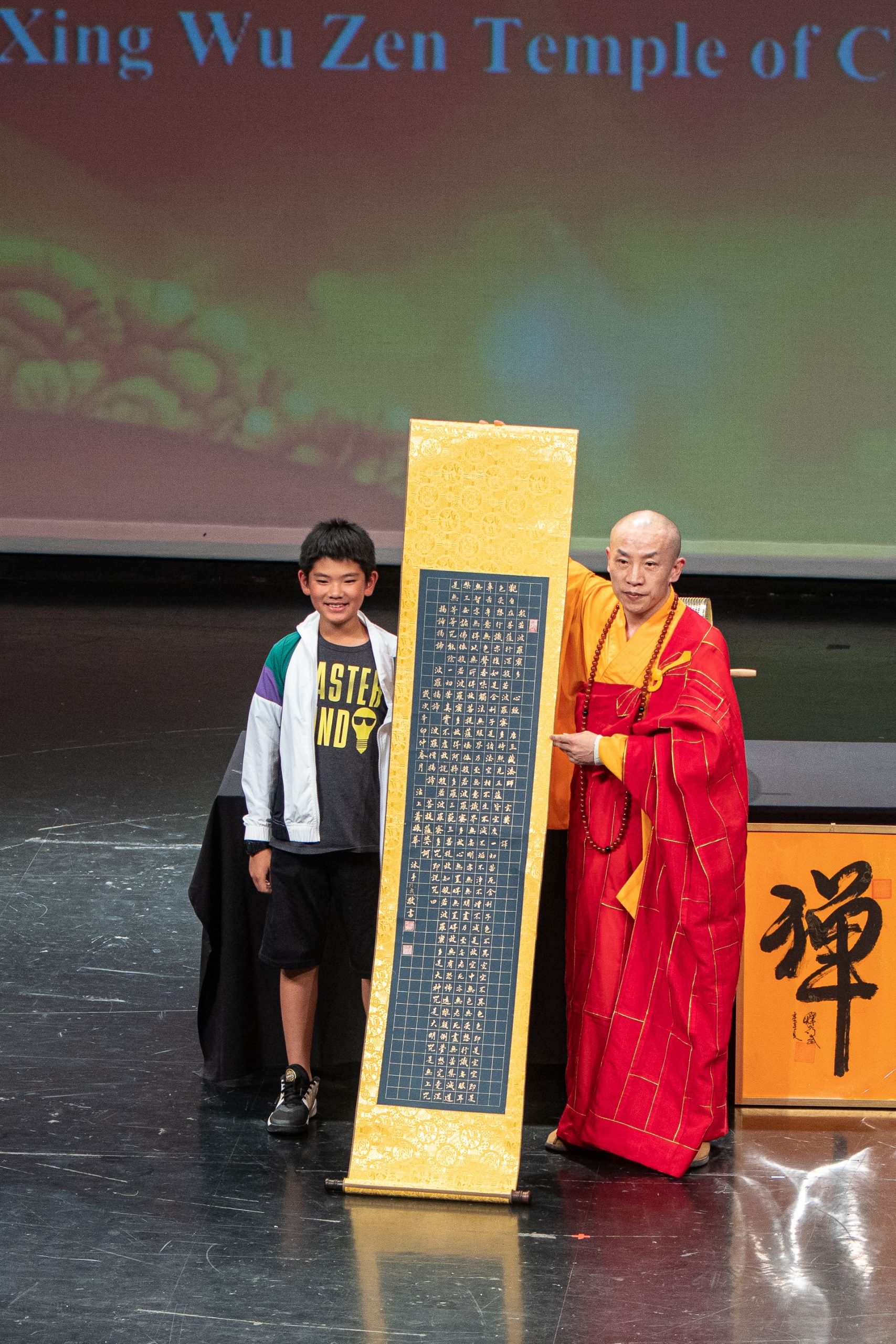 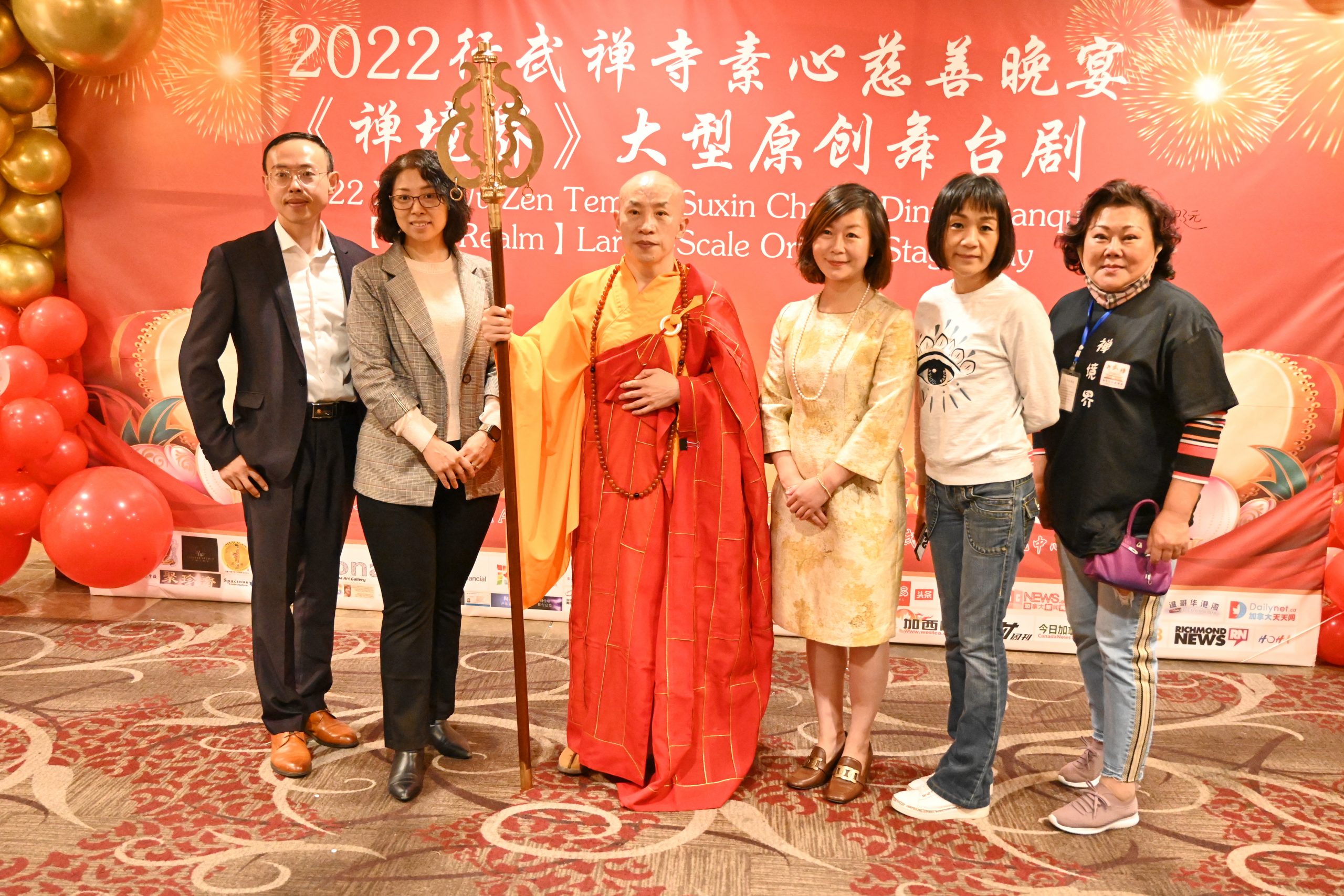 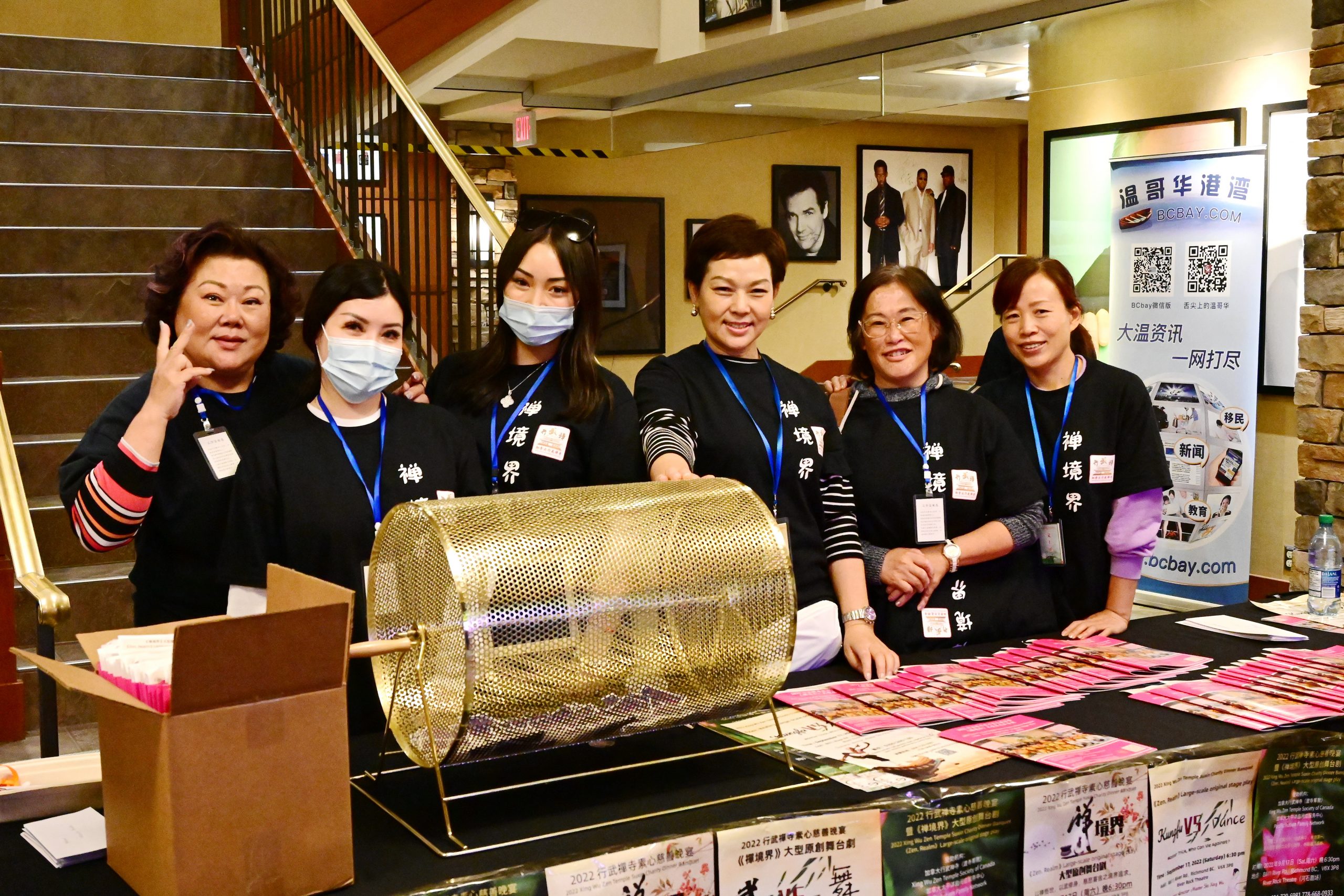 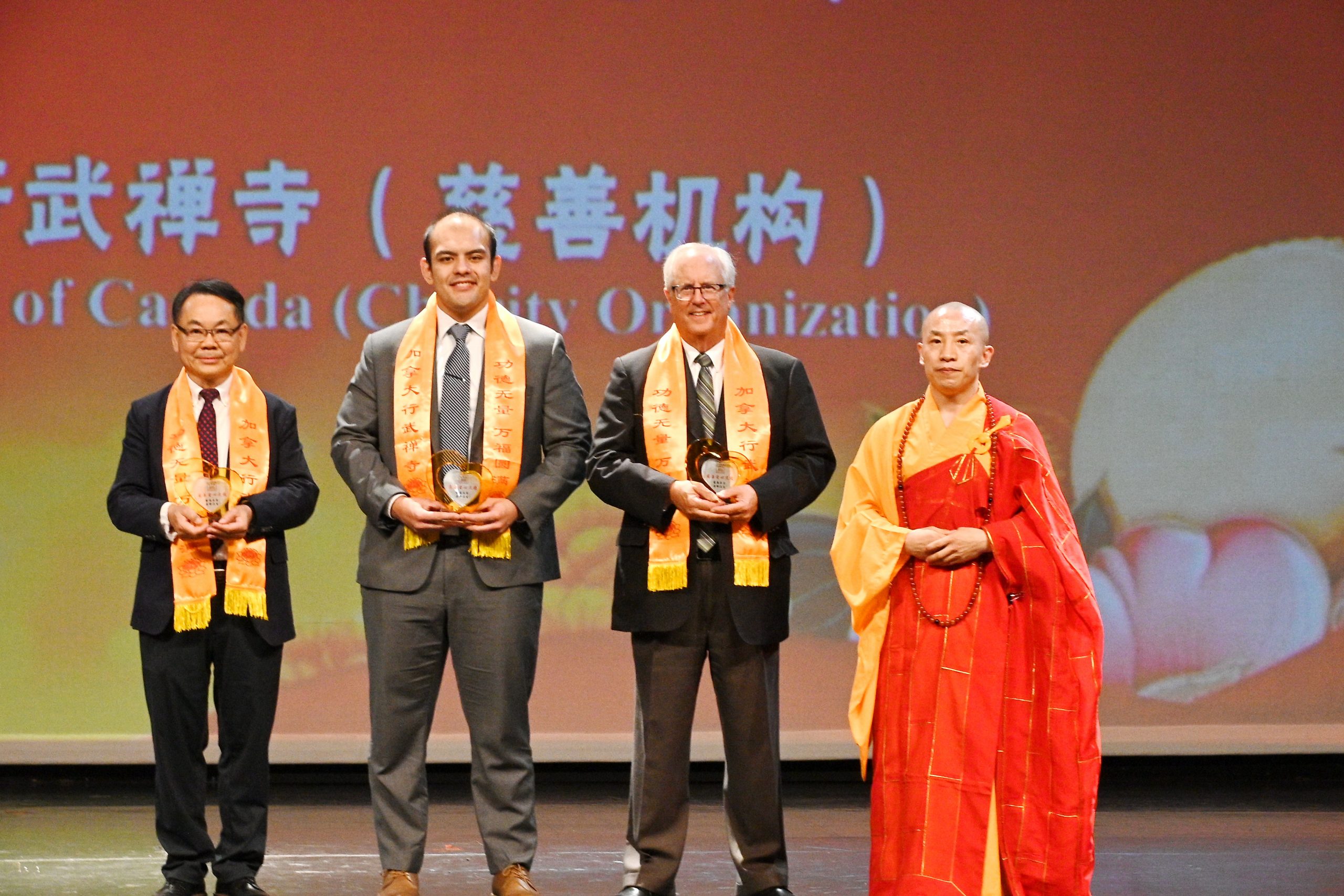 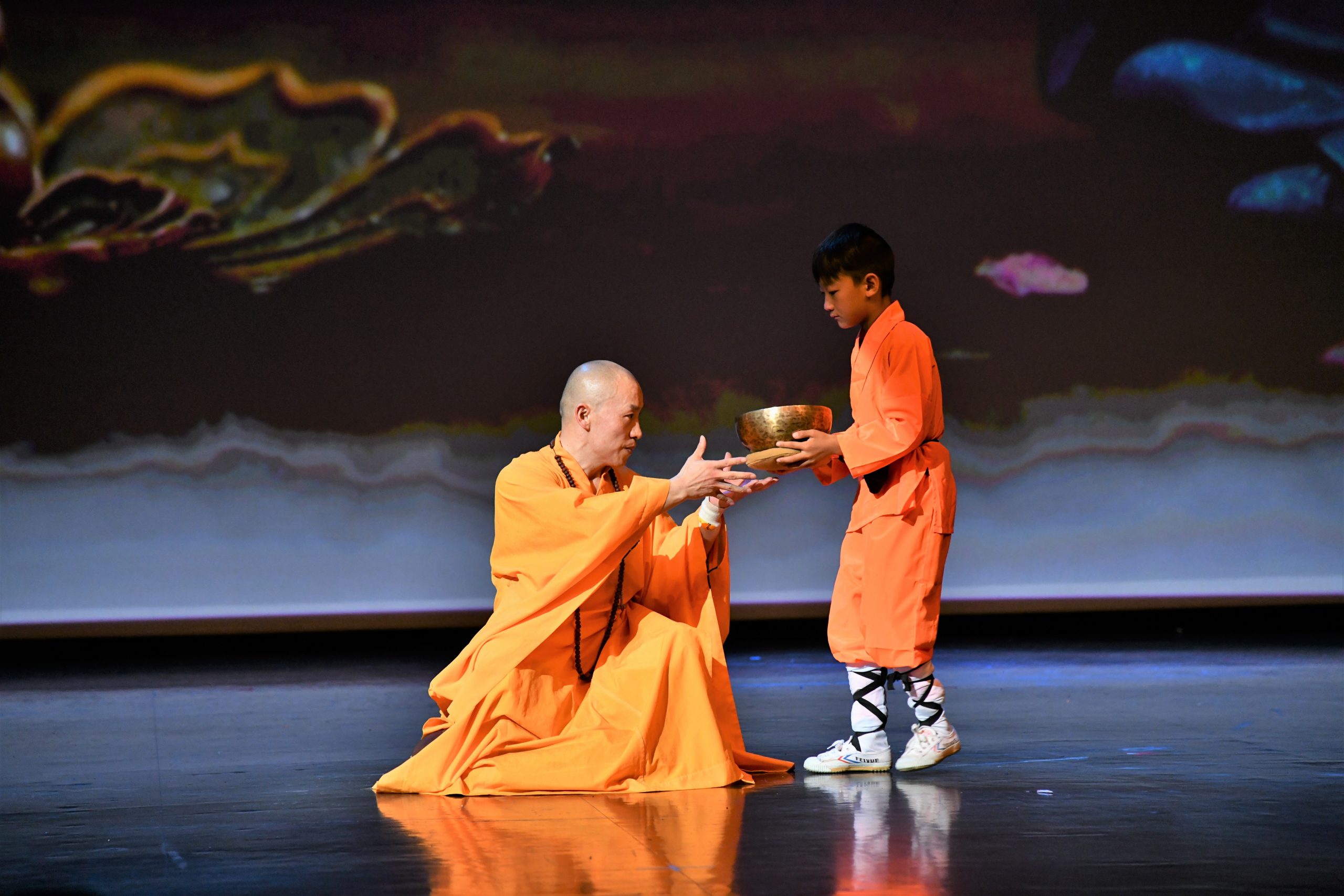 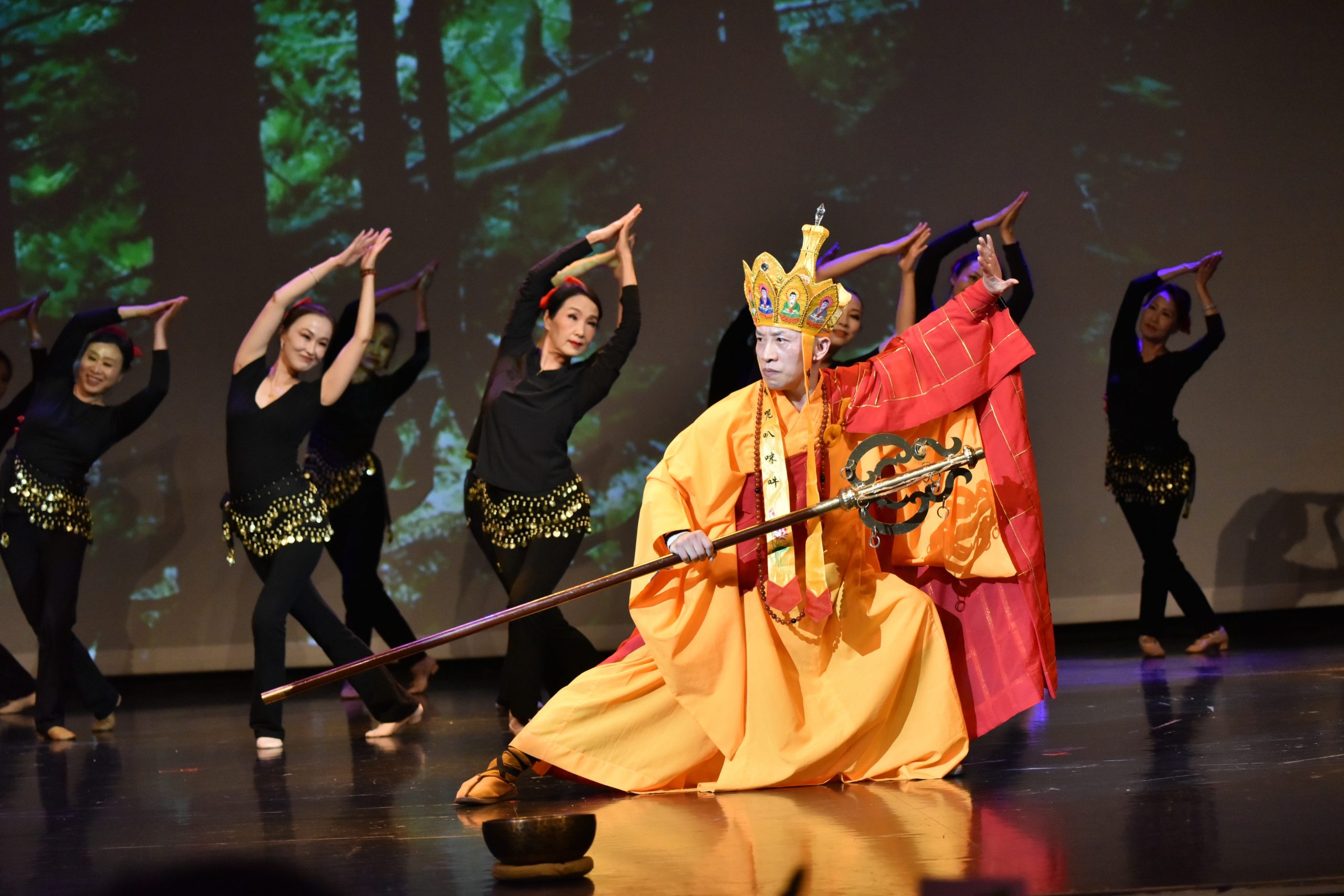 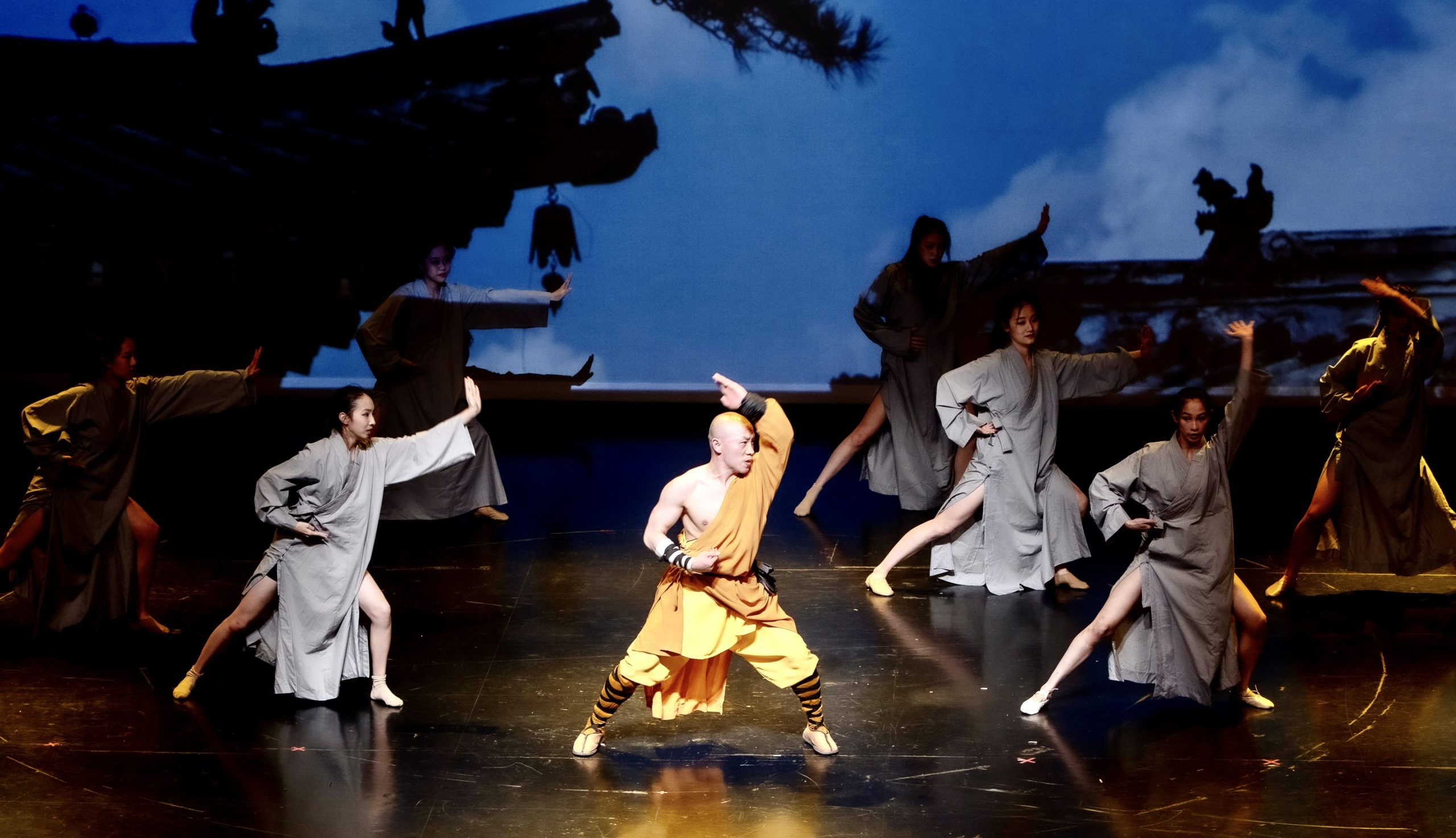 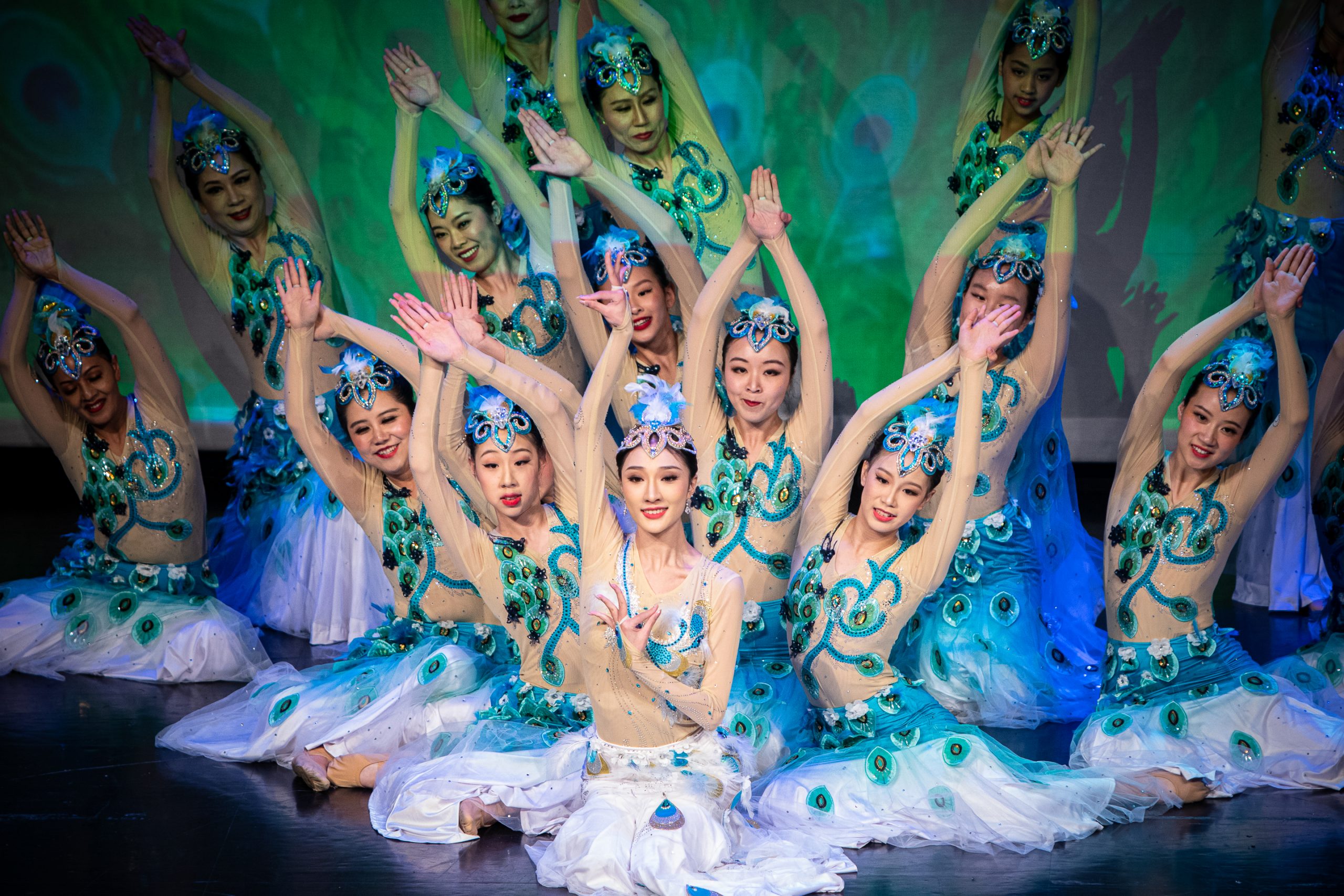 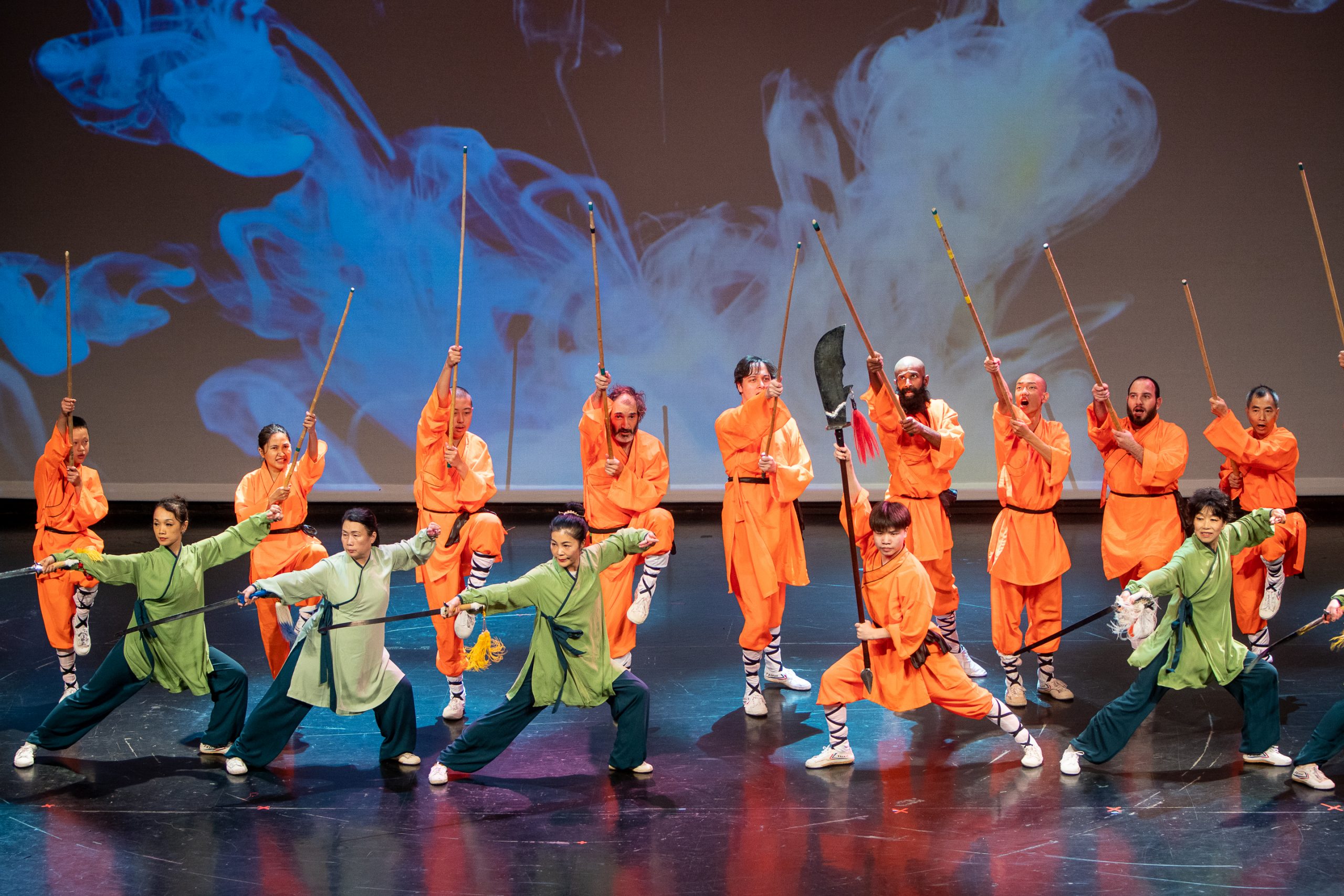 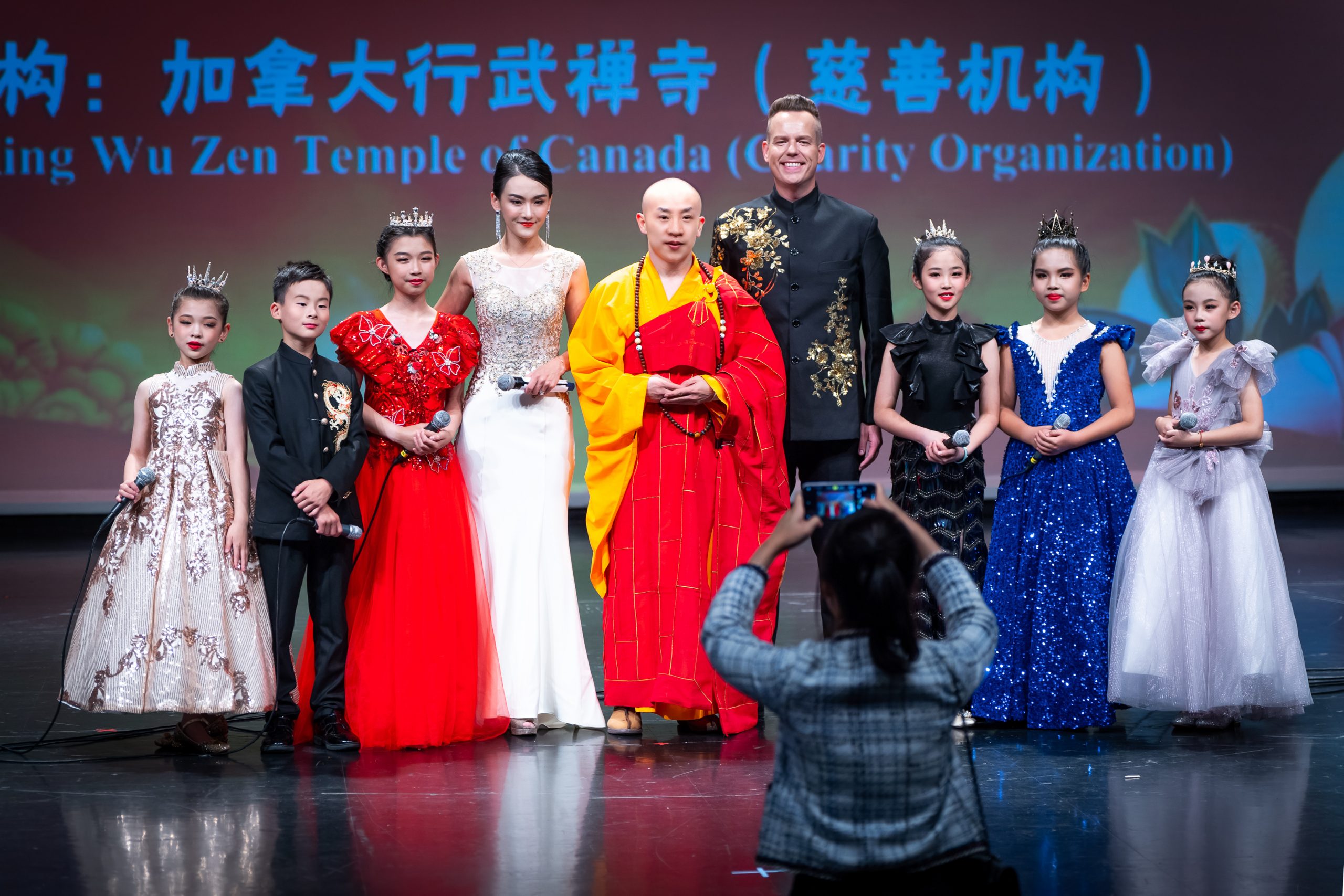 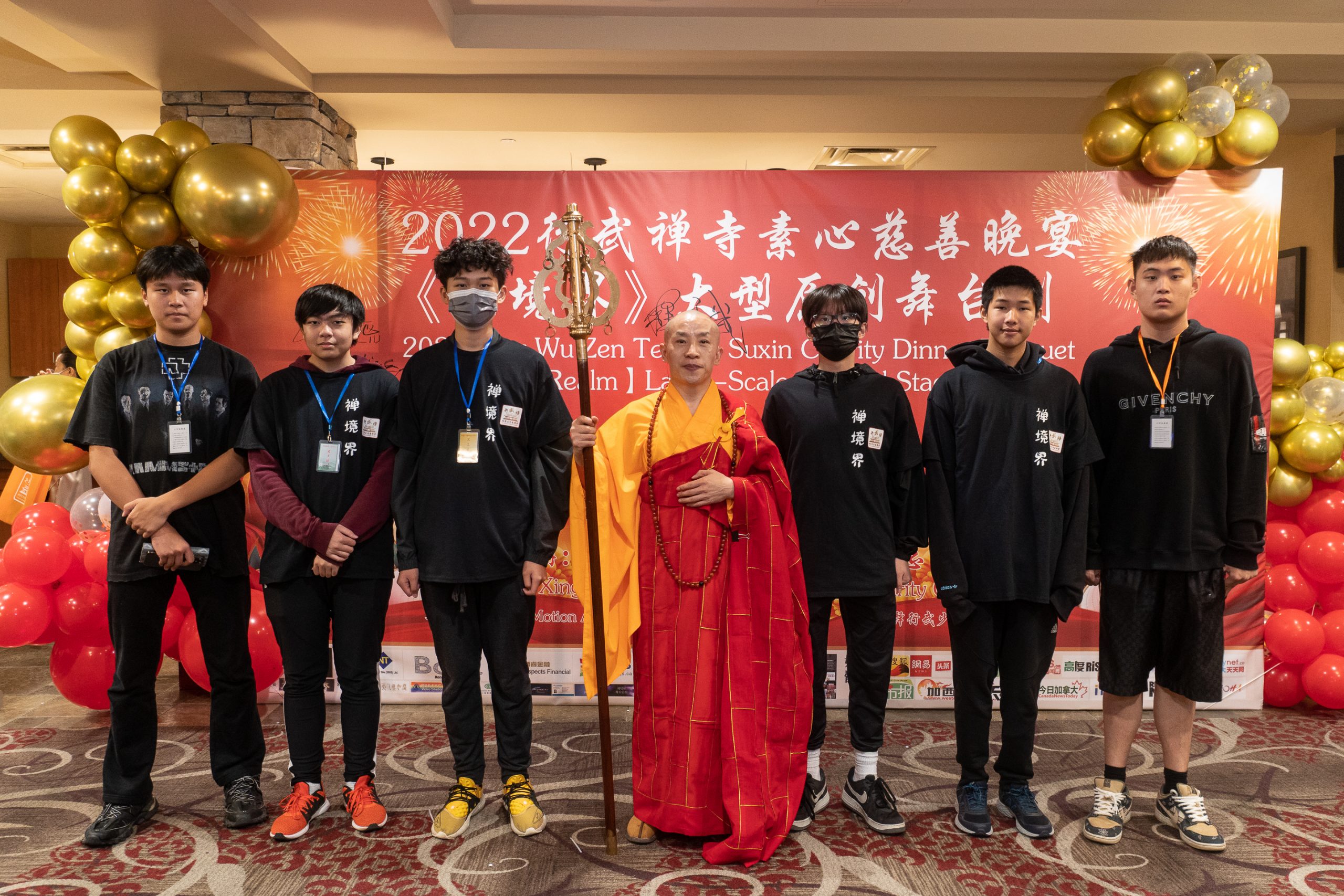