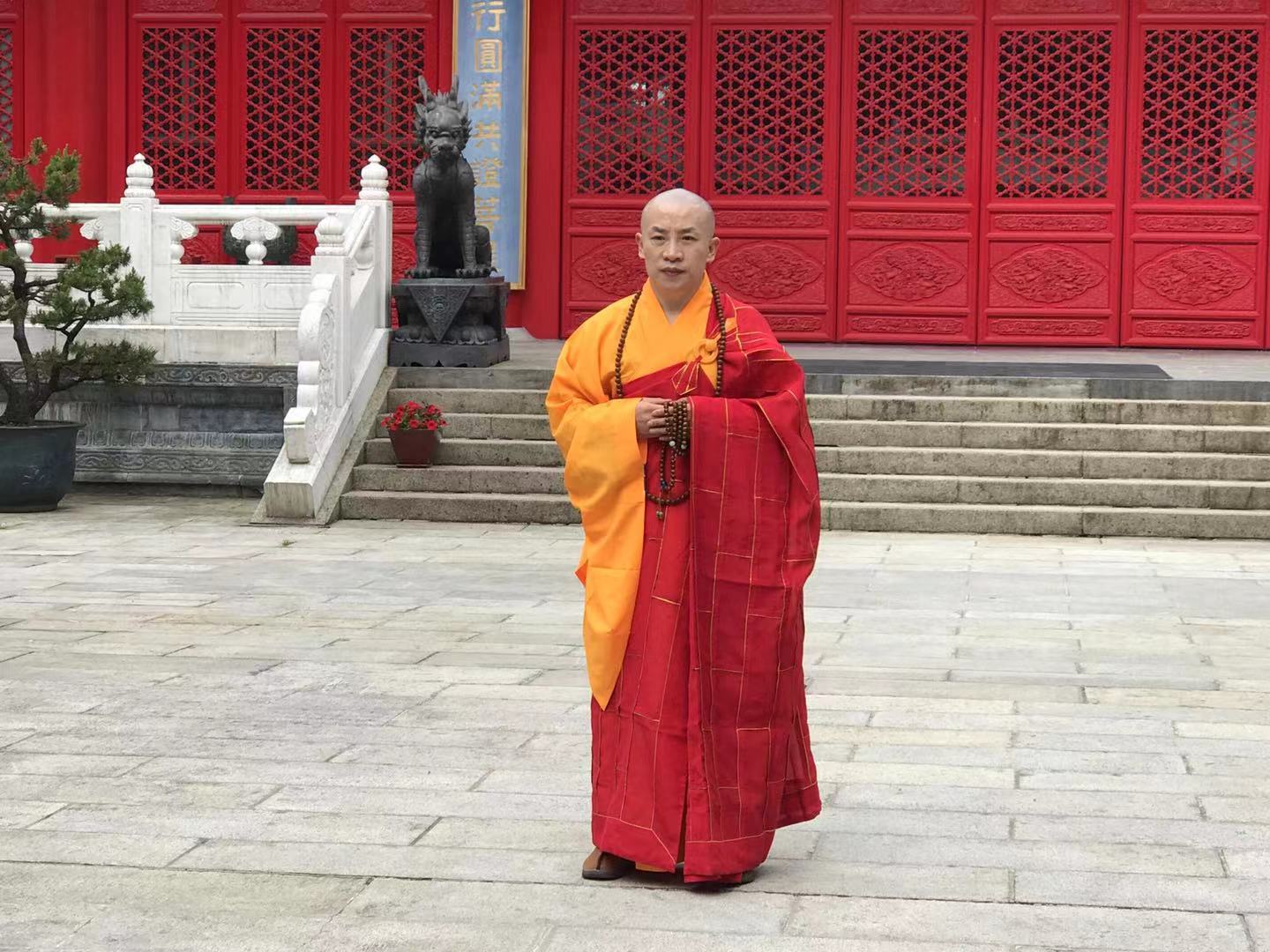 Master Shi Xing Wu was born into a family with martial art traditions. At the age of 8 years old Master Shi Xing Wu studied directly under the Abbott Shi Dec Han and many other masters bestowing upon him a rare mastery and extensive combination of skills, including: 18 weapons, 72 martial art forms, and qi gong (like iron shirt and gold bell shield).

2004 Selected as a member of Canadian National Wushu Team

2011 Invited by the Consulate-General of China (Vancouver) to have a workshop of wellness Qi Gong. Invited as a honorary guest for the 1st Canada-China Champion Fights

2017 To become the Honorary Chairman of the World Association for the Promotion of the Elderly.

2018 To have five successfully performances of “The Legend of Shaolin” Kung Fu Stage Play. To have the groundbreaking and consecration ceremony for Zen Shaolin Temple of Canada.

In May 2019, Master Shi Xing Wu and his disciples have invited to present in BC Buddhist Festival to promote Zen Mahayana Dharma.

In August 2019, Master Shi Xing Wu brought disciples to have the Opening Performance in the “Chinese Traditional Cultural Festival”.

Master Shi Xing Wu took his disciples to participate in the “40th Can-Am International Martial Arts Championships” as a referee. The participating disciples received on gold, silver and bronze medal.

In September 2019, Master Shi Xing Wu received the honorary certificate from the Mayor of Richmond in the Mayor’s Office.

In November 2019, Master Shi Xing Wu was awarded the honorary certificate by Anne Kang, the head of the B.C. Provincial Department of Multiculturalism and Senior Affairs

In January 2020, Master Shi Xing Wu and Songbai Association jointly hosted the “Zen Heart Respect for the Elderly Longevity Banquet” charity event, and more than 300 elderly people were invited to participate in the event for free.

In 2021, during the epidemic, Master Shi Xing Wu led his disciples and volunteers many times to deliver food and winter clothes to street sleepers, caring for vulnerable groups.

After years of hard work and many inspections, the strong support and donations of people from all walks of life, the compassion and kindness of the Great Virtue Bodhisattva in the ten directions, the protection and support of the disciples, and the generosity and support of the believers in the ten directions. Finally, the location of Xing Wu Zen Temple was successfully selected.

Master Shi Xing Wu practiced with great concentration for many years, aiming to spread the experience accumulated over many years of traditional Zen, Martial Arts, Buddhism and medical culture on an international platform to the public. Continue to explore and advance on the way of seeking Buddha’s way for the living beings!